When The Stars Fade (The Gray Wars Book 1) 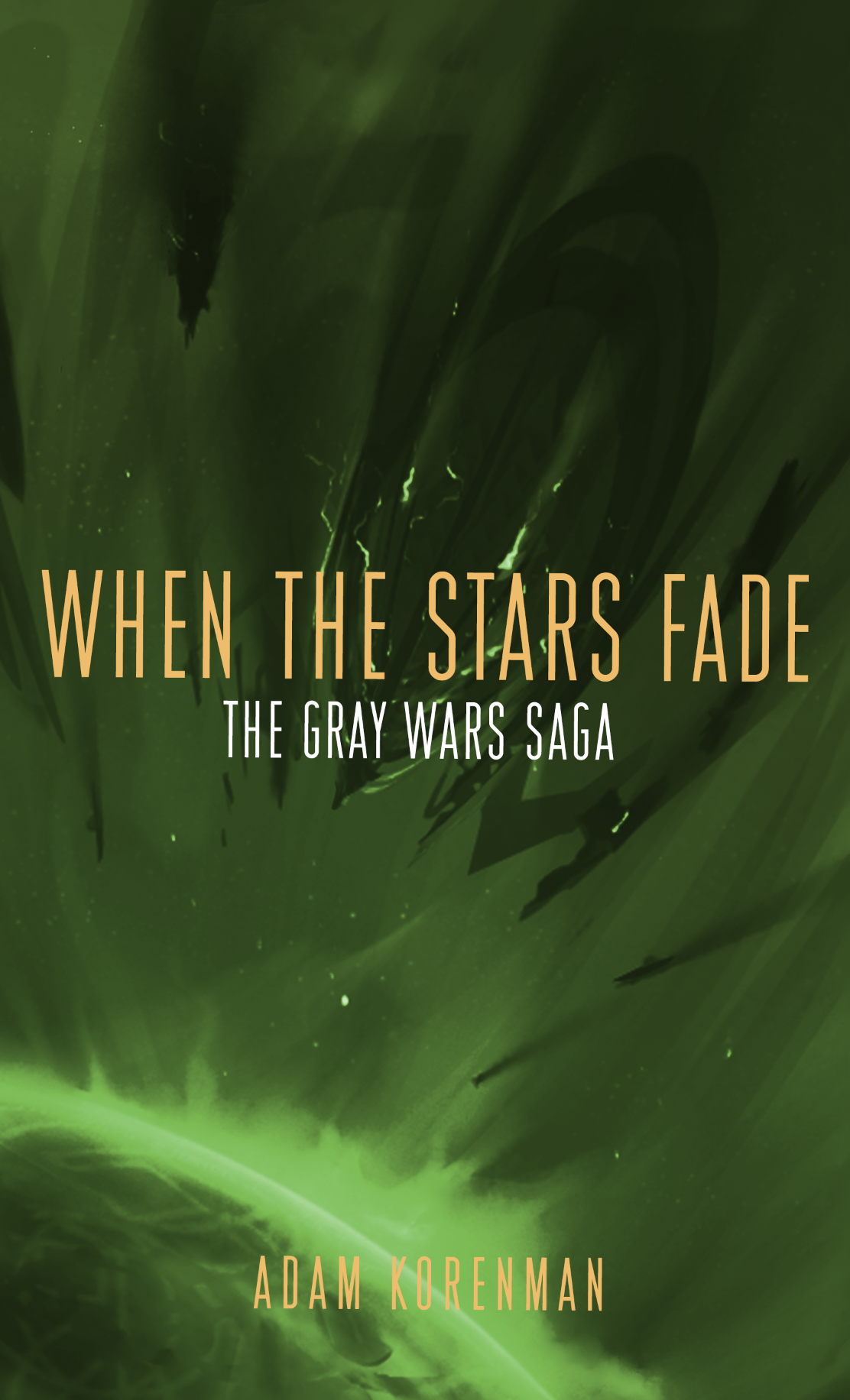 “A tremendously ambitious first novel, a galaxy-spanning tale of ‘hard science fiction’ that tackles interplanetary diplomacy, [and] the realities of combat in the vacuum of space.”
—Scott Tipton, New York Times bestselling author

It’s the year 2236. While we’re licking our wounds from a bloody civil war, two alien armadas stumble into the Solar System fighting one of their own.
At odds are the fearsome Boxti Horde and their ancient enemies, the Nangolani.

Naturally, we can’t resist picking sides and joining the fight, but after several crushing defeats, we’re forced to open Pandora’s Box to win the war: A top-secret special forces program.

Meanwhile, a hotshot starfighter has his mettle tested when the war separates him from his best friend and favorite wingman.

Tech-savvy and full of action, humor, and intrigue, When The Stars Fade is the first in a six-book series, The Gray Wars.

“A tremendously ambitious first novel, a galaxy-spanning tale of ‘hard science fiction’ that tackles interplanetary diplomacy, [and] the realities of combat in the vacuum of space.”

“When the Stars Fade captures the human dimension of warfare. Invasions, insurgency, devastation, and an incongruous war game hold a mirror up to our Republic’s experience over the last decade. It calls to mind Tom Clancy’s The Hunt for Red October and is a sound addition to any professional development library.”

“Korenman is adept at engaging the reader in action across the continuum of future war from the fleet actions of maneuvering battle groups and fighter formations to the small unit tactics of planetside soldiers. But where Stars truly comes into its own is with boots on the ground, where Korenman, with each lavishly detailed, well-crafted scene, reminds us again and again that now and in the far future, victories are won by individual men and women taking the fight to the enemy. The characters here are crisp and no-nonsense, and ex-military readers will smile at the authentic radio banter they trade on the tactical net—apparently in Korenman’s future, some things never change.”

“Adam Korenman is a compelling new voice in military science fiction. His prose puts you right in the cockpit, on the bridge, and behind a rifle on the ground with such authenticity you can almost taste the salt in the jargon.”

“Where Korenman excels in the novel is his world building and intense action sequences that draw on his personal military experience.”