The Odds: The Audio Drama 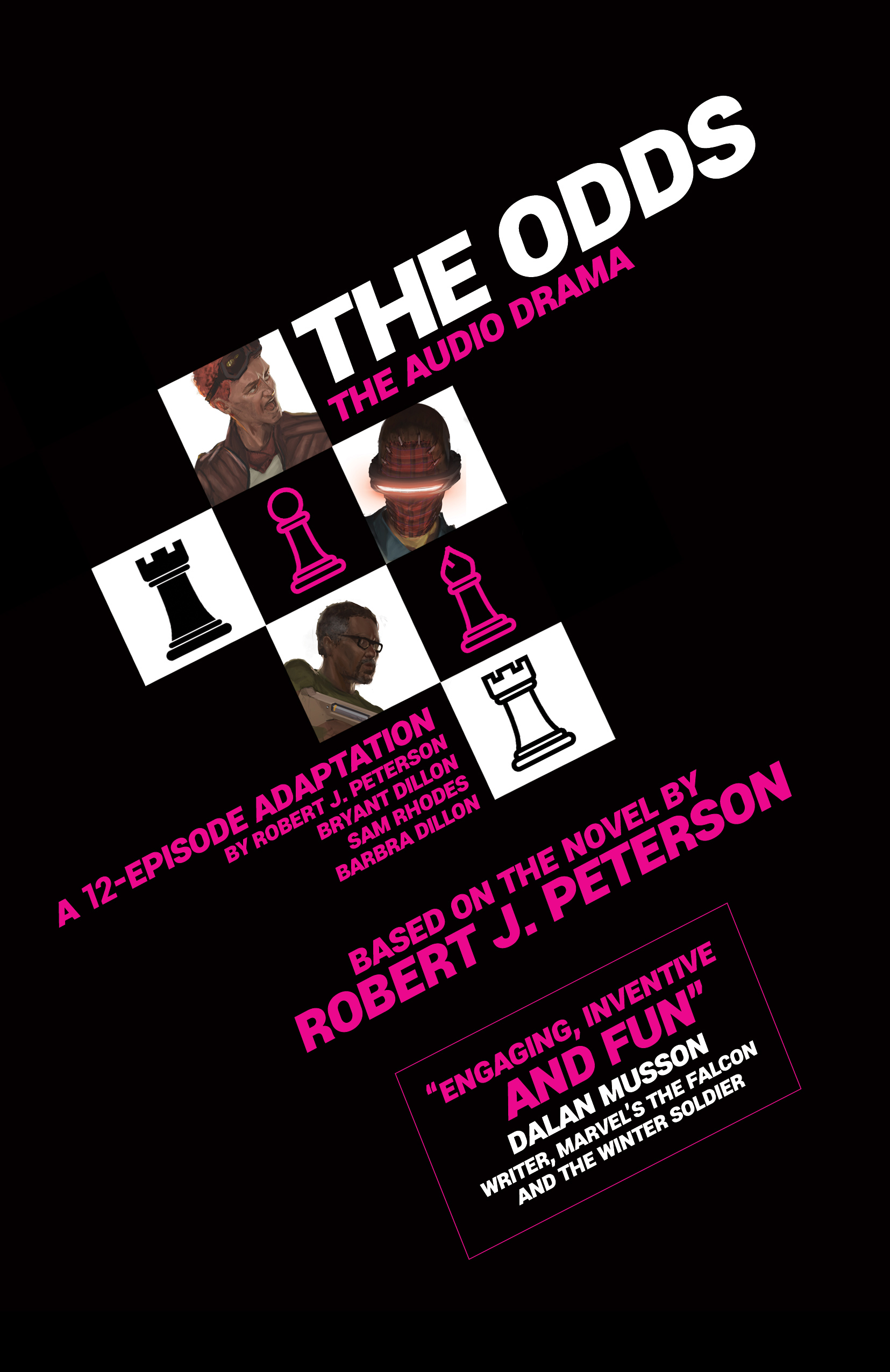 Are you a bishop or a rook?

That’s the question facing the combatants in this year’s quadrennial battle royale of live-action chess matches fought to the death. The backdrop is the subterranean city of Dedrick, one of the last remnants left standing after the mysterious cataclysm known only as Deadblast.

Caught in the crossfire is a good-hearted drifter, Eldridge. He had returned to his hometown to make good on an old promise, but when the powers that be decide he has to compete as a rook, he’s forced to face up to his past in order to secure a future for himself and his family.

But the board’s bigger this time around, as the settings expand to include a visit to the enigmatic Church of the Shattered Heart and a glimpse into the Bank of Dedrick, run by Sire Superior Pryor of the Dedrick Trixies. The forces of evil have new recruits, too, in the sinister and cunning Fenris Magnar.

Four talented writers collaborated on this season, including Bryant and Barbra Dillon, co-founders of Fanbase Press (Identity Thief, Something Animal), writer/director Sam Rhodes (The Katniss Chronicles), and author Robert J. Peterson (The Remnants, Strong Bones). This compilation marks the first release for the newly revitalized California Coldblood Books, publisher of such critically acclaimed titles as The Late Bloomer, A Spy in Time, and the Jack Harper Trilogy.