The Ghost of Danny McGee 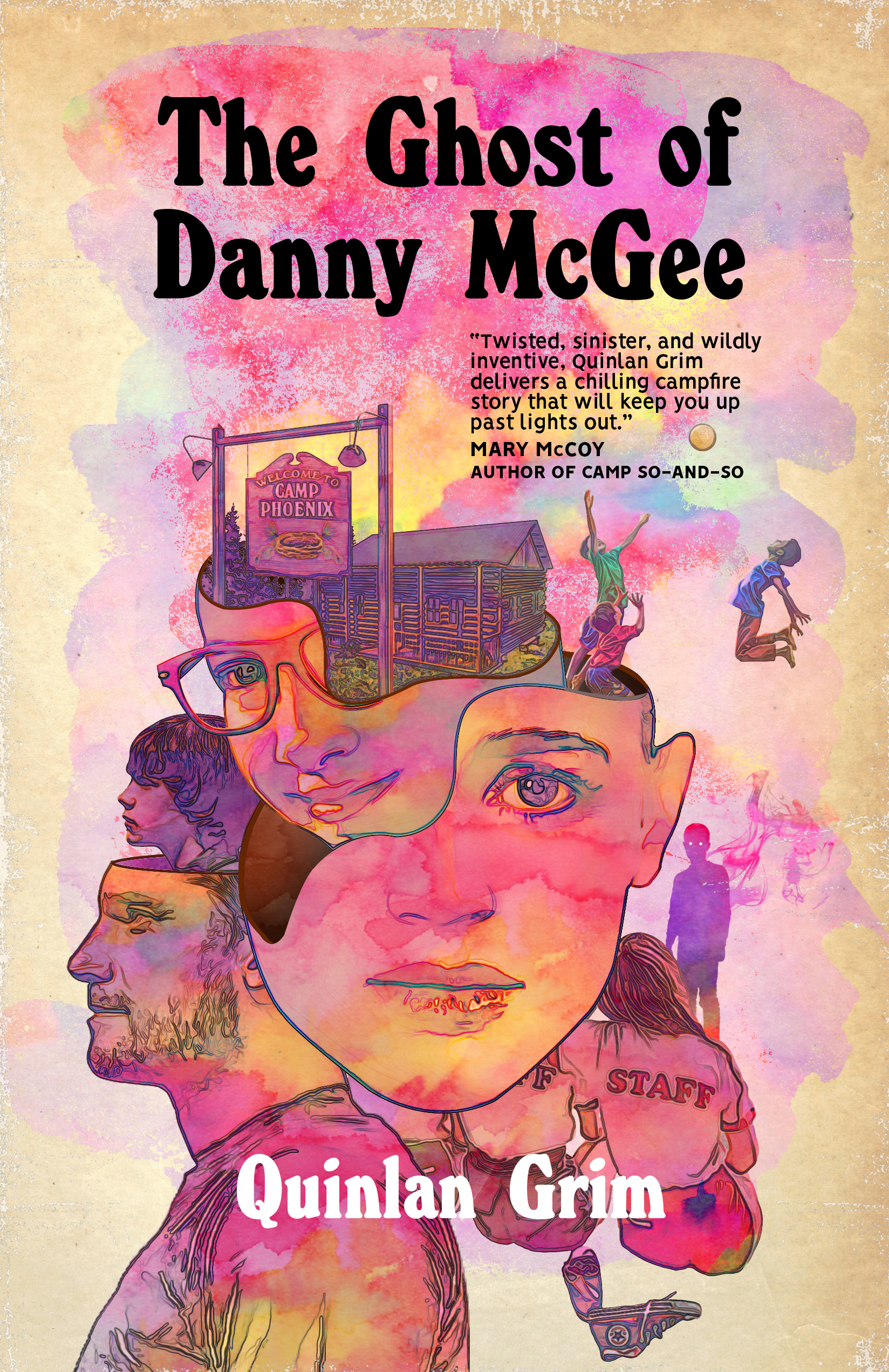 “Quietly insightful speculative fiction that will appeal to fans of Westworld and Black Mirror.”
—Kirkus Reviews

“Twisted, sinister, and wildly inventive, Quinlan Grim delivers a chilling campfire story that will keep you up past lights out.”
—Mary McCoy, author of Camp So-and-So

Camp Phoenix is a controversial and expensive summer camp program that transfers adults’ consciousness into a clone of their childhood selves. On the surface, it’s an ordinary summer camp. Twelve-year-old Logan has come to have a relaxing, carefree summer. She wants to ride horses, make new friends, and she loves listening to ghost stories. Sam is a twenty-year-old counselor, taking on the responsibility of the kids’ care by day, and riding the rollercoaster of a summer romance after hours.

As Logan faces the ups and downs of puberty, Sam watches over her and struggles with the bizarre truth: the campers in her care are not kids at all, but wealthy adults immersed in the ultimate escape from reality.

What Logan doesn’t know—or at least, can’t remember—is that she and her friends will all have to return to their grownup bodies once the summer is over. Logan will again be a successful, middle-aged woman, and the popular boy she has a crush on? He will return to his life as a celebrity suspect at the center of a high-profile murder case.

“Twisted, sinister, and wildly inventive, Quinlan Grim delivers a chilling campfire story that will keep you up past lights out.”

“Grim’s novel is mostly a quiet, slow-moving reflection on second chances, the ethics of cloning, the privileges of the rich, and what it means to be human. The story’s perspective alternates between that of Sam and Logan, exploring the experiences of the campers and the counselors, by turns. There’s a tinge of unreliability to their narration that gives the tale a compelling, evocative, and uneasy feel. The author also cleverly weaves in the ever changing story of a ghost who supposedly haunts the camp—the eponymous Danny McGee—adding an extra layer to the story in which everybody’s repeatedly told to “Stay on the trails.'”

Quietly insightful speculative fiction that will appeal to fans of Westworld and Black Mirror.”